What is Reserve Bank of India (RBI)? Its Important Timeline, Structure & Governor 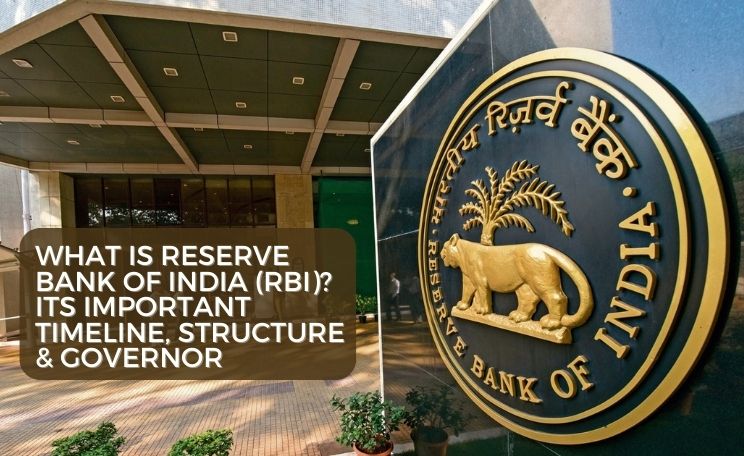 The Reserve Bank of India, abbreviated as RBI, is the central bank of India. In addition, it is a regulatory body in charge of overseeing the Indian Banking System. Moreover, it is owned by the Ministry of Finance, Government of India. The functions of RBI include controlling, issuing, and maintaining the supply of the Indian rupee. Also, the Reserve Bank of India functions to manages the country’s financial system and tends to work to promote economic development.

The RBI plays a significant role in the Indian Government’s Development Strategy. These are some important dates and events relating to RBI functioning :

The original RBI Act of 1934 was amended in 2016, providing the statutory foundation for the implementation of the versatile inflation-targeting guideline.

Structure of Reserve Bank of India

The Central Board comprises of:

Three committees which assist the Central Board:

The current governor of RBI is Shaktikanta Das. Also, Das is a retired 1980 batch Indian Administrative Service (IAS) officer of Tamil Nadu cadre. The RBI has four deputy governors in addition to the Governor, namely:

In conclusion, the Reserve Bank of India (RBI) is a National Institution and a pillar of the thriving Indian Economy. Moreover, it  is a member of the International Monetary Fund (IMF). Above all, RBI regulates India’s credit and currency system. Also, the RBI’s primary goals are to maintain public trust in the banking system, protect depositors’ interests. In addition, provide people with cost-effective banking services such as cooperative banking and commercial banking.

We hope the blog was helpful to you. Follow Digital and IT Solution for more such informative blogs. Was the blog able to answer your queries?