These Apple Music Features Are Long Overdue In 2023 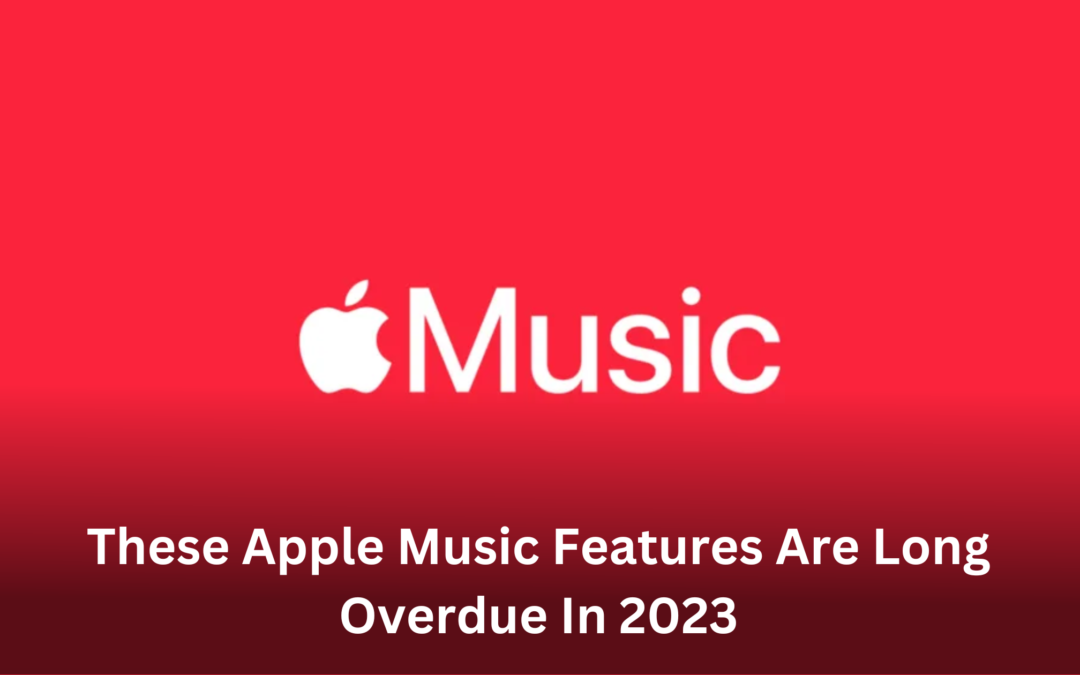 Since its first introduction in 2015, Apple Music has improved significantly, but there is still room for improvement. I hope Apple adds these long-overdue Apple Music features in 2023.

Apple Music crossfade for the iPhone and iPad

Support for crossfade is one of Apple Music’s most obvious shortcomings on the iPhone and iPad. This Apple Music feature has been available for many years, even before the invention of the iPod. Crossfade hasn’t yet been added to the Apple Music app on the iPhone, for some strange reason.

For those who are not familiar, a crossfade is a function that enables music to gradually grow in volume while the previous song fades away. This avoids silence in between songs. Apps typically let you decide how long tracks will crossfade for. On the Mac, for instance, Crossfade can be set to any duration between one and twelve seconds.

The fact that the crossfade for the Apple Music app is accessible on Mac and Android devices just makes the omission more puzzling. Why did Apple not add this functionality to the iPhone and iPad? I simply hope that in 2023, it will finally be handled.

Spotify Connect is a function that allows you to use one device to remotely control listening on another. It has been available for many years. You could, for instance, control playing while listening on your Mac with your iPhone.

Similar functionalities are available for HomePod playback in the Apple Music app, but other devices don’t yet support them. In a perfect world, you would be able to manage Apple Music across all platforms, no matter where the listening is actually taking place.

Consider a scenario in which you could play Apple Music on your Mac and control the playback from your Apple Watch or iPhone. This is not currently feasible. Only from your Mac can you manage playback if you’re listening on a Mac.

With Apple’s Handoff and AirPlay technologies, the foundation for functionality like this appears to already be in place. We simply haven’t seen this extend to more of the Apple Music features, which is unfortunate.

While this Apple Music feature is still missing, hints of it were found earlier this year in the code of iOS 15.5 and an XML file on Apple’s servers. Given its specialized function, not much else is known about the app, including whether it will be distributed as a standalone download on the Program Store or as a built-in app.

Even if Apple Music Classical is not a preloaded app, it looks like the app will have system-level integration, so if Apple fulfills its 2022 schedule, its release will probably coincide with an operating system update like iOS 16.2 later this year. But since the clock is ticking down, it’s possible that Apple Music Classical won’t be released on schedule.

What is on your wishlist for Apple Music?

There are plenty of additional areas where the Apple Music features may be enhanced. The performance, dependability, and usability of the Apple Music app across all of Apple’s platforms have all received notable improvements.

Apple stated that the Apple Music Classical app would go live by the end of 2022, but we’re still waiting.