The Man, The Myth, The Legend – Hardik Pandya 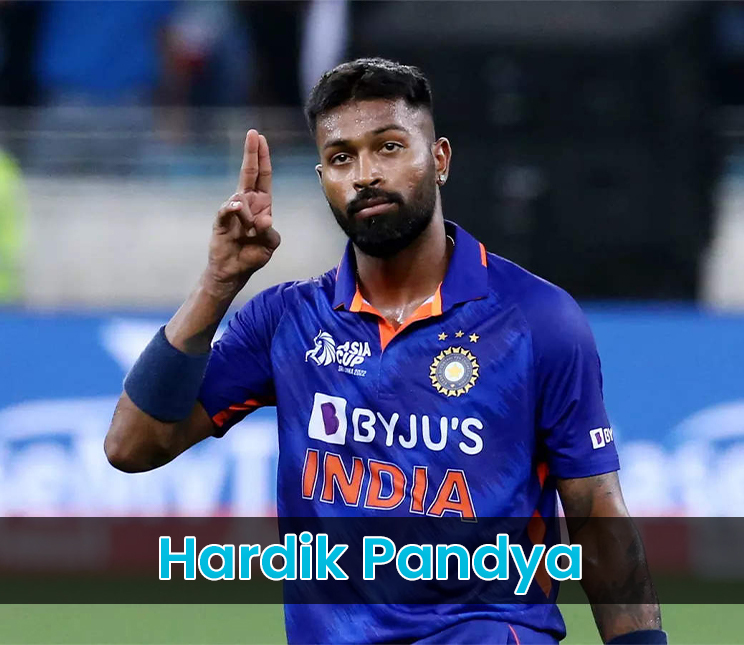 That winning sixer in the India-Pakistan match yesterday of the Asia Cup 2022 won not only the game but our hearts too. In a nail-biting match between India and Pakistan, when we were hanging on the edge of our seats, Hardik Pandya finished the game in a cool way, even while being under intense pressure.

But what makes Hardik Pandya what he is?

He is a very well-known all-rounder Indian player, capable of both bowling and batting. He is a right-arm fast-medium bowler and also a right-handed batsman who likes to finish the game in style.

Hardik Pandya was born on October 11, 1993, into a middle-class family located in Surat, Gujarat. His father was Hardik Himanshu Pandya, who ran a small car finance business in Surat. He died in 2021 due to cardiac arrest. His mother is Nalini Pandya, and she is a housewife. His elder brother, Krunal Pandya, is also an Indian team cricket player. According to Hardik, his elder brother has always been a strong supporter of his career.

Pandya has always preferred cricket to studies since he was a child. That is why he only attended M.K. High School until the ninth grade and then concentrated solely on cricket. His father saw his interest in cricket and decided to move to Vadodara, where he could get proper cricket training. So, he closed his business and the entire family moved to Vadodara, where both the Pandya brothers started going to the Kiran More Cricket Academy to learn cricket. Hardik’s father once said in an interview that Hardik was a leg spinner till the age of 18. It was under the guidance of his mentor, Santosh Kumar, that he became a fast bowler. And the rest, as you know, is history.  According to Krunal Pandya, Hardik won many matches for the club single-handedly due to his great skills in the game.

Hardik Pandya started his domestic career in 2013 when he started playing for the Baroda cricket team and won many matches with his bowling and batting strength. It will not be an exaggeration to say that the team of Baroda won the Syed Mushtaq Ali Trophy in 2013-14 due to the exceptional contribution of Hardik Pandya during the matches.

It was in the Indian Premier League that Hardik got the opportunity to showcase his talent to the entire world. He was selected by the Mumbai Indians in the IPL due to his excellent domestic performance and he did not disappoint. The Mumbai Indians won the trophy that season, and his performance was appreciated by everyone. From there, he did not look back. He played his first T-20 international match against Australia on January 27, 2016. Then he went on to make his debut in the ODI on October 16th, 2016 against New Zealand and later played against Sri Lanka in 2017.

He has been through many ups and downs in his life, seen severe injuries, and got into controversy when he was invited to Coffee with Karan. But, in spite of that, he is now one of the most reliable, young, dynamic, and cool players on the Indian cricket team.

He married Natasha Stankovic, a Serbian model, actress, and dancer by profession, during the lockdown in 2020. And soon after, the couple was blessed with a baby boy named Agastya Pandey. We wish the star player a lot of luck and happiness in his future endeavors.