The Squid Game Becomes Most-Watched Netflix Show Of All Time 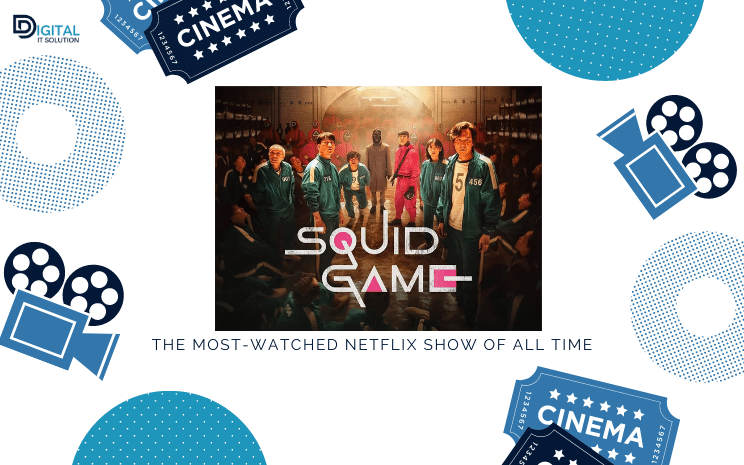 The Squid Game– The dramatic series has become the latest binge-able series. The series is also the first Korean drama to snatch the top spot on Netflix in the United States, and has even spurred interest among people in learning Korean. The Squid Game is a South Korean survival drama television series created by Hwang Dong-hyuk for Netflix. Its cast includes Lee Jung-jae, Park Hae-soo, Wi Ha-joon, HoYeon Jung, O Yeong-su, Heo Sung-tae, Anupam Tripathi, and Kim Joo-ryoung.

The series revolves around a contest where 456 players, all of whom are in deep financial hardship, risk their lives to play a series of deadly children’s games for the chance to win a ₩45.6 billion (US$35 million, €33 million, or £29 million as of broadcast) prize. The title of the series draws from a similarly named Korean children’s game. Hwang had conceived of the idea based on his own economic struggles early in life, as well as the class disparity in South Korea and capitalism. Though he had initially written it in 2009, he was unable to find a production company to fund the idea until Netflix took an interest around 2019 as part of their drive to expand their foreign programming offerings.

When It Released And It Storyline

The Squid Game was released worldwide on September 17, 2021, to critical acclaim and international attention. It is Netflix’s most-watched series, becoming the top-viewed program in 94 countries and attracting more than 142 million member households and amassing 1.65 billion viewing hours during its first four weeks from launch, surpassing Bridgerton for the title of most watched show. The series has also received numerous accolades, including the Golden Globe Award for Best Supporting Actor – Series, Miniseries or Television Film for O Yeong-su and the Screen Actors Guild Award for Outstanding Performance by a Male Actor in a Drama Series and Outstanding Performance by a Female Actor in a Drama Series for Lee Jung-jae and HoYeon Jung, respectively, with all three making history as the first Korean actors to win in those categories. The first series received fourteen Primetime Emmy Award nominations, including for Best Drama, making it the first non-English language work to be nominated in this category; Jung-jae won the Outstanding Lead Actor in a Drama series, making the first time an Asian actor had won this award for a non-English work.

What is the point of The Squid Game?

The contestants’ “strategies, alliances, and character will be put to the test while competitors are eliminated around them,” according to a Netflix press release, which assures that participants won’t be brutally murdered like their fictional counterparts.

Will there be The Squid Game season 2?

Related News. As of now, director and creator Hwang Dong-hyuk has reportedly finished writing the script for season 2 and has decided on the games that will be revealed throughout the new season. Season 2 will allegedly start filming next year and will be released at the end of 2024.