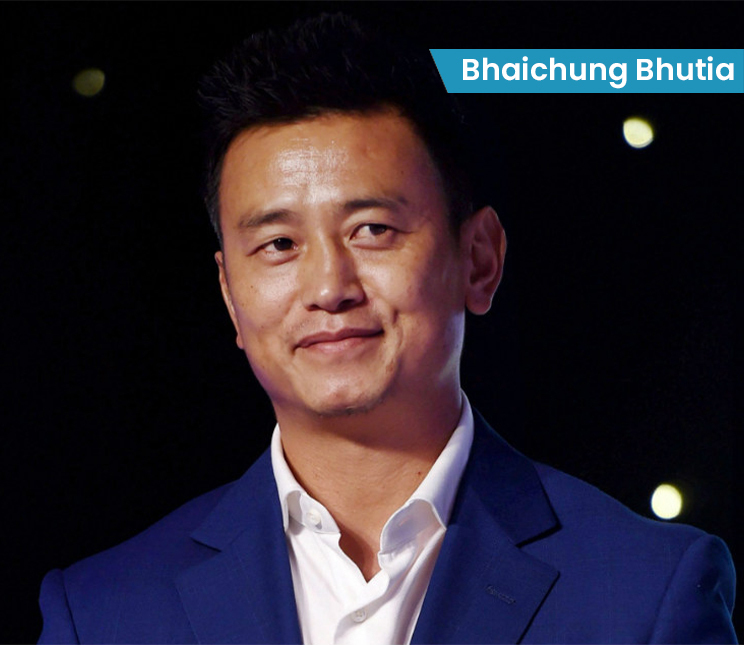 Recently, elections were held for the position of President of AIFF (All India Football Federation). Indian footballer Baichung Bhutia lost to Kalyan Chaubey. Kalyan Chaubey is a former goalkeeper and currently a politician with the Bhartiya Janta Party. It was a landslide victory as he won 33 out of 34 votes and replaced long-time President Praful Patel.

The World Governing body banned the AIFF a week before as they were unhappy with the Committee of Administrators citing the reason of undue influence by a third party. As a result, India was stopped from hosting the Under 17 Women’s World Cup in October.

This ban was lifted after the Supreme Court removed three members from the Committee of Administrators (CoA) to save the prestige of the country in holding the U 17 World Cup was not affected and our own players can participate in international tournaments.

It was in the wake of this FIFA ban that Supreme Court removed the Nationalist Congress Party member Praful Patel as the President of AIFF for not conducting the elections due in December 2020.

Following a contentious few weeks in which FIFA suspended the AIFF after the court-appointed Committee of Administrators attempted to enact a significant change in the AIFF’s electoral college, Chaubey was elected.

Kalyan Chaubey is the first former Indian footballer to be elected as the President of AIFF. He is a graduate of the Tata Football Academy and was a member of several national teams belonging to various age groups. He was a member of the senior Indian national team for seven years between 1996 to 2006.  He has won the award of Indian Goalkeeper of the year twice- 1997-98 and 2001-02. The Supreme Court ordered AIFF to hold elections as it usually has, with votes coming only from the state bodies, despite their proposal to include 36 prominent players in the voting process (member associations).

The state of football in India

The state of football in India at the moment cannot be regarded to be very positive, having dropped another spot to 156 in the FIFA rankings. Aditi Chauhan, the goalkeeper for the Indian women’s football team, has joined West Ham United in the English Premier League, which is the only positive development for the sport in the past week.

Indian football now has a lot of catching up to do with its rivals in Europe, America, and even certain parts of Asia. The path to success is a lengthy one; we must travel it as a steady marathon rather than a quick sprint that will only result in failure in the end.

Former Indian national footballer Bhaichung Bhutia popularly referred to as the “Sikkimese Sniper,” is regarded as the poster child for the development of Indian football. He was born on December 15, 1976, in Tinkitam, Sikkim, and spent his whole playing career as a striker. Bhutia is renowned for his potent goals and his razor-sharp precision. He became the footballing patriarch of India thanks to his zeal and quest for goals. Bhaichung presently serves as the manager of the Sikkim State Football Club and has previously captained the United States, national team.

In addition to being skilled in football, Bhaichung also excelled in basketball, badminton, and athletics. Bhaichung played at the Boys Club in Gangtok, which was run by his uncle Karma Bhutia when he was younger. Bhaichung gained notoriety in the 1992 Subroto Cup when he won the “Best Player” award while playing for a number of different neighborhood school teams and organizations.

Bhaskar Ganguly, a former Indian goalkeeper, recognized Bhutia’s talent and assisted in his relocation to West Bengal, where he spent the majority of his playing days. India, East Bengal, JCT Mills, Bury, Mohun Bagan, Perak FA, Selangor MK Land, and United Sikkim are the teams that Bhutia has previously played for.

At just 19 years old when he made his national team debut, Bhaichung had some promising traits that could help Indian football advance. He continued to play fantastic football for his club and his country, emerging as one of India’s all-time greatest players.

In his first competition, Bhutia only managed to score one goal. Two years later, in the same competition, against Bangladesh, he scored his second goal. Bhutia scored twice in India’s 3-2 victory over Vietnam in the 2002 LG Cup. Bhutia was appointed squad captain for the 2005 SAFF Championship. Bangladesh made it back to the championship game but lost to India 2-0, giving India the title once more.

Bhutia participated in the two goals he scored in the competition and contributed to one of the goals. Bhutia only managed to score one goal at the 2008 tournament, but he did help India advance to the championship game, where they fell to Maldives 1-0.

In his first tournament, Bhutia managed just one goal. Two years later, in the tournament’s championship match versus Bangladesh, he added another goal. Bhutia scored twice against Vietnam in the 2002 LG Cup, giving India a 3-2 victory.

Bhaichung won the 2008 AFC Challenge Cup and was chosen as the competition’s most valuable player with three goals. The Nehru Cup in 2009 marked Bhutia’s 100th appearance. The first athlete to accomplish the feat was he. Despite not making the final, he won Player of the Tournament.

In 2011, Bhutia declares his retirement from playing for the national team. In January 2012, he played in a farewell game against Bayern Munich. The end of Bhutia’s illustrious career came in 2015 when he played his final club game for United Sikkim.

In order to help develop youthful talent, he launched the Bhaichung Bhutia Soccer Schools while on a management endeavor in Sikkim. Bhutia has played 104 times for his country and has scored 40 goals in all competitions.

He lost his father when he was a little boy. Chewang and Bom Bom Bhutia are his two older brothers, and Cali is his younger sister. Madhuri Tipnis and Bhutia were wed in 2004. Bhutia has three kids.