Alia Bhatt is being criticized for her role in Brahmastra 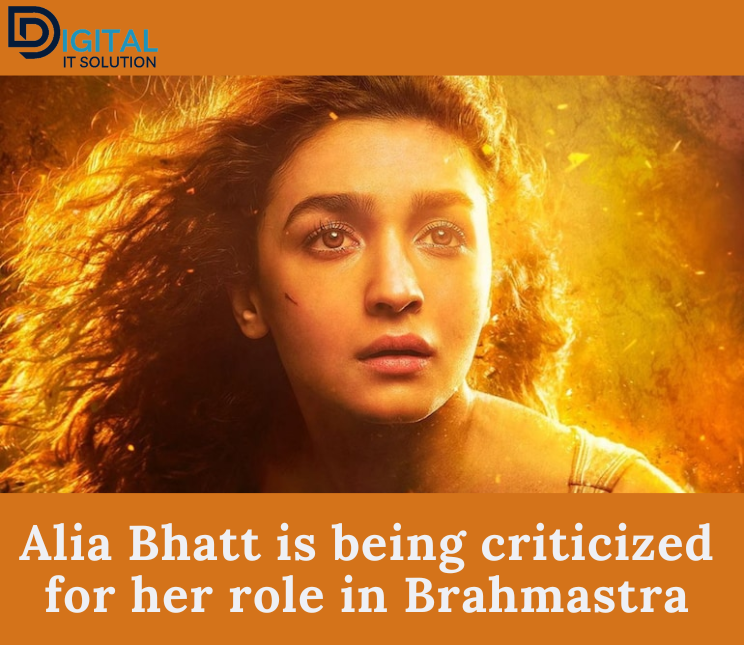 Alia Bhatt Getting Criticized For a Damsel in Distress Role

Alia Bhatt is one top-ranked actresses in Bollywood today. She has proven herself time and again with some exceptionally good acting in movies such as Highway, Udta Punjab, Raazi, and Gangubai Kathiawadi. She is known for her effortless acting and unique expressions in all kinds of roles.

But recently she came under a lot of criticism because of her movie Brahmastra in which she was cast as the leading lady opposite Ranbir Kapoor. Brahmastra is the directorial debut of Ayan Mukherjee and it has managed to stir a lot of controversies from its release 5 days ago.

Many netizens have sympathized with Alia Bhatt as they feel that her true potential was not utilized in the movie. She just comes across as a dumb damsel in distress whose whole purpose in life is to worry about Shiva (the name of Ranbir Kapoor’s character in Brahmastra).

But it will not be correct to call Alia Bhatt a bad actress overall?  No. She is one of our finest actresses and so in this blog, we will get to know our favorite actress.

Alia Bhatt was born on 15th March 1993. Many of you might not know that she holds British citizenship. Wikipedia describes her as a British actress of Indian descent. Her father, Mahesh Bhatt, is an Indian film director whose work has mostly been controversial. Her mother is an actress, named Soni Razdan who is a Kashmiri Pandit and of British German ancestry.

She did her schooling at the Jamnabhai Narsee School but dropped out of the 12th class to focus on her acting career. She always aspired to become an actress so, she enrolled herself in dance lessons at Shaimak Davar institute. Her first acting role was at a very young age of 5 years in the movie named Sangharsh in which she played the role of young Preity Zinta for a brief duration.

About her childhood, Alia Bhatt said she had a very humble upbringing. She did not have a luxurious life as many would like to think so. Her mother raised her as a single parent and she did not have such a really smooth childhood.

She got her big break in 2014 when she starred in The Karan Johar-directed movie “Student of the Year”. It was her acting debut alongside Varun Dhawan and Siddharth Malhotra. After being absent from the screen for almost one year, she made a strong comeback in the movie Highway alongside Randeep Hooda. The film received a lot of critical acclamation. Then she went on to star again in two more Karan Johar-produced movies, 2 States and Humpty Sharma Ki Dulhaniya. Bhatt then went on to star in Shandaar in the year 2015. She went on to star in some hit movies like Kapoor & Sons, Udta Punjab, Ae Dil Hai Mushkil, and Dear Zindagi. She then starred in movies such as Badrinath Ki Dulhaniya, Raazi, and the superhit movie Gully Boy. She recently appeared in the hit movies such as Gangubai Kathiawadi and RRR.

She lost a lot of weight before making her debut in Bollywood. She was also trolled for naming Prithviraj Chauhan as the President of India in the hit reality show Koffee with Karan.

Recently, Alia Bhatt got married to Ranbir Kapoor after 5 years of relationship. She is now pregnant with her first child. She had a huge crush on Ranbir Kapoor from childhood and they got close during the shooting of Brahmastra.